The old town of Salzburg is known for its shop signs not only on the famous Getreidegasse but on the side streets leading off the Domplatz and Residenzplatz. Here are a few of them plus some randoms thoughts about the past few days. 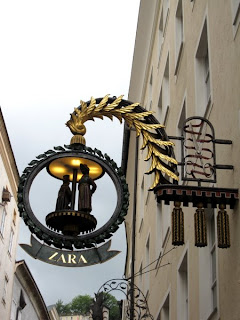 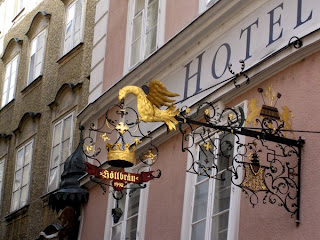 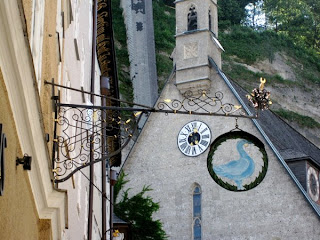 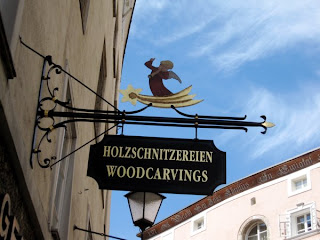 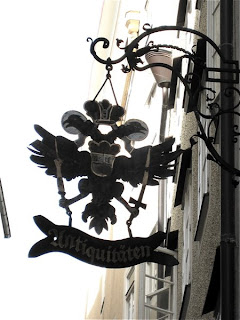 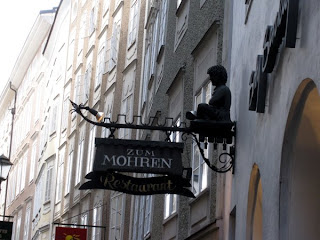 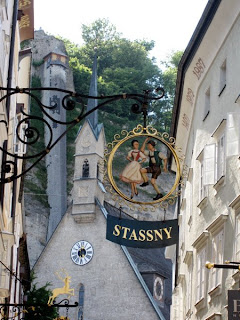 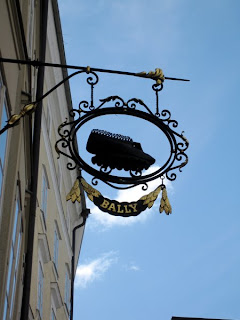 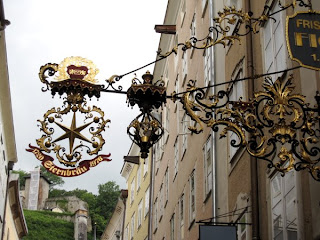 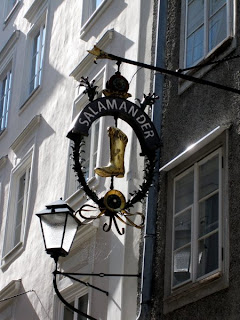 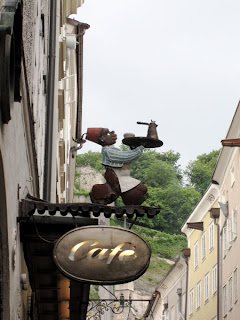 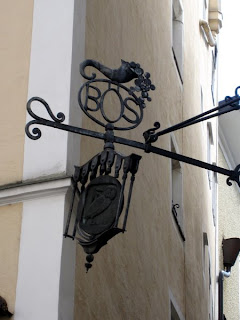 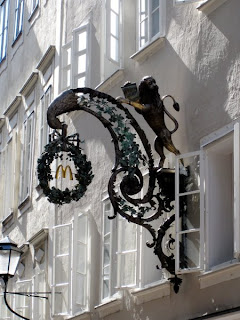 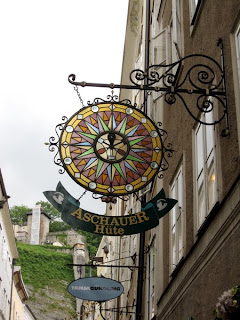 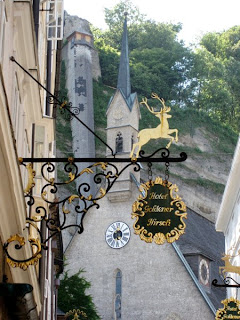 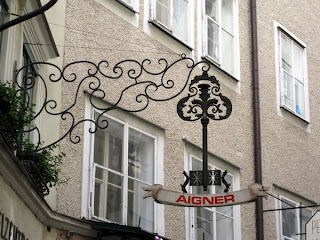 Oh I love the pictures..last time I was in Zurich I got on a door picture kick. I have picture of some of the greatest doors. But the signs are wonderful.

Hi!
There is a very nice vegetarian restaurant, at Wolf-Dietrich-Str.
Sybil

I love the signs. And how fun for you, a music-lover to the core, to be in a place where your passion is shared and encores are encored and encored (again). And the hotel sounds dreamy. How I love a luxurious hotel!