By the time this is posted - scheduled posting is such a treat - we will be on our way to the Adriatic Coast for our Feragosto break. We - or rather Laurent as driver and me as passenger (notice the passive in passenger)- will be braving the hell that is the traditional August exodus from cities and towns for the beaches and resorts for what our trusty TomTom (GPS) tells us is a 3 hour and 37 minutes drive.

Its a route of approximately 364 km (227 miles)and will take us across the width of Italy and up the Adriatic Coast. We'll be passing through L'Aquila, the scene of the recent earthquake, and the Parco Nazionale del Gran Sasso. Gran Sasso is a 30 km range of mountains that form the highest part of the Apennines chain. As well as the spectacular scenery that part of the drive involves cutting through the mountains via a 10 km long tunnel. The BBC entry on them reveals some interesting facts about that tunnel and an underground laboratory.

After we get through the tunnel there will be the pleasure of 161 kms of the A14 - the infamous Strada Adriatico - no doubt bumper to bumper with delays for construction, accidents and just the incredible volume of traffic.

Our destination - as it was last August - is Pesaro, a small coastal town that's main fame rests on two things - its beaches and being the birthplace of Gioachino Rossini. The first accounts for the number of sun-bronzed, bikini clad Italians who crowding the beaches, the second for the number of pasty white Germans, Brits and North Americans wandering through the streets looking for the Swan of Pesaro's birthplace and clutching tickets for the annual Rossini Festival. 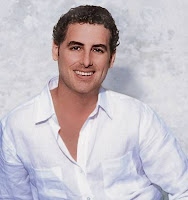 This is the 30th year of the Festival and though budget cuts (see yesterday's post) have curtailed the programme it is still a cornucopia of delights for the Rossini lover. I count myself amongst that group. I am disappointed that a planned revival of Sigismondo (a real rarity) was scrapped because of the cash crunch but delighted that they are doing Le Comte Ory this year. Its my all-time favorite of the Rossini works and any opportunity to hear it is worth the trip. And even if Zelmira is an unknown the presence in the cast of the incredible mega-tenor Juan Diego Florez (at the left) and the much lauded American mezzo Kate Aldrich (below right as Carmen in SFO) guarantees that will be a good evening also.

The third work is the short one act farsa La Scala di Seta - which most people recognize from the overture. And there is a wealth of concerts and recitals surrounding the main events. The venue for the Zelmira is rather unusual - a sports arena on the outskirts of town. Each year a theatre is constructed at one end of the arena - much like the old Metropolitan Opera did in the days when they played Maple Leaf Gardens in Toronto. Because there are no trattoria or bars in the area a catering firm sets up tables for pre-opera nibbles on the terraces around the arena. Eight euros gets you a selection of local meats, cheeses, olives and a glass of wine from the region; and for the interval Ten euros gets you a glass of presseco and a selection of sweets. Just enough to tide you over until the performance ends and you can go into town and have a very late dinner at one of the many good trattorias.

And good eating places there are - being on the coast the fish is incredible and there is one pizza place we will have to go back to. It was crowded and noisy, we arrived late as I recall but the pizza and beer were great.

And we are staying at a very unusual hotel: the Hotel Alexander Museum Palace. Sited on the seashore it has been conceived as an art gallery and each of its 63 rooms has been designed by a well-known or emerging Italian artist. The public areas and halls are a "museum" of contemporary Italian art. Clicking on a few of the doors on the website I must admit there are a one or two rooms that I'm praying we won't be staying in - particularly if the evening has involved any quantity of wine.

We're using Pesaro as home base to see a bit of the often neglected Marche region of Italy. At the moment side trips are planned to Fano, Rimini and Ravenna with Urbino a distinct possibility. Other than that sitting by the pool with a book sounds like a very doable option.

And as for the puppies - well they are being taken care of at home in Rome by a very nice lady called Julie. They are still just a little too young to take on vacation with us - though that will come.

i suppose it's too late to pack a bag and tag along....sigh*...enjoy your time together...

Hello, Willym.
Is there any news how did Muti's opera in Salzburg, Moise et Farahon
go two days ago?

Hope you and Laurent had a wonderful time!