As summer approaches - and I have been assured that it is approaching despite the wet, cool, cloudy, very un-Italian spring - so does the Festival season. Last week the Maggio Musicale signaled the start of music making - classical, jazz, contemporary, rock, heavy metal, you name it - in almost any place that has a theatre, cloister or central piazza in Italy- and that means almost every city, town or village in the country.

Some are very local, others are of a more International flavour - but it would seem that all have one thing in common: massive budget cuts. The Maggio had to cancel two of its opera productions, the Rossini Festival replaced a major restoration of a grand opera with one of the Swan of Pesaro's one act farsas, the Verona Arena and Roma's Baths of Caracalla are playing it safe with old war horses and cutting the number of productions - its hard time all around. I won't go into how short-sighted it is of the current government considering what these events generate in tourist dollars - or even better Euros.

Our Festival schedule is starting to fill up - you may recall that as we left last year's Whitsun Festival in Salzburg - okay its Austria not Italy but its nearby - I was already booking tickets for this year. We're heading up at the end of the month for 5 days of Riccardo Muti, rare Napolentano opera by Jommelli and some killer concerts including one of our favorite groups Accordone. Plus some good food and I may even treat myself to a glass of one of those nice local wines. And in case anyone is wondering - no, we're not taking the puppies on this one. They are a bit too young for travel yet but never fear they will be well looked after. 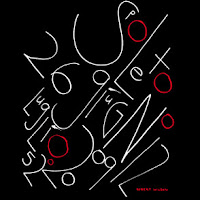 The next one up is Spoleto's Festival of the Two Worlds and it has some of the most interesting programming around. After a disastrous few years of family in-fighting, Gian Carlo Menotti and Samuel Barber's Festival looks like its back on track with some off-beat but interesting offerings for its 52nd year. How about Woody Allen's production of Puccini's one act comedy Gianni Schicchi? Or a late night tribute to Nat King Cole in the beautiful Piazza del Duomo? Or a revival of Mozart, a French musical comedy that was all the rage on both sides of the Atlantic in 1925? Or an evening of Jerome Robbins ballets in the old Roman Amphitheatre? Or .. or.. and the list goes on. Classical, jazz, experimental, theatre, dance, exhibitions, lectures - the festival appears to be returning to its roots. The thought of all that, another meal at La Pecchiarda and the considerable charms of Spoleto has us planning two weekends as June turns into July - and yes the pups will come on this one. 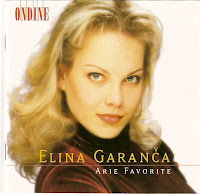 Though the season at Caracalla has been cut down to one ballet and two operas and both of them standards, the Carmen stars Elina Garanca who has been burning up the stages in London and New York this past two months. And let's admit it there's a reason Carmen is popular - particularly when the Carmen looks this good! And there is still something magical about sitting in the open air at the Baths of Caracalla as twilight turns into a warm summer night that even last year's dreadful Aida couldn't dampen.

August brings the annual vacation trauma of Feragosto - that mass exodus to the beaches of Italy. We've tried to schedule our trip to Pesaro to avoid the traffic as much as possible but we won't count on the GPS's optimistic calculation of 4hr 32min driving time.

Last year taught us a lesson. I am constantly amazed at the customer service levels at the Rossini Festival. I had submitted a ticket request via e-mail the opening day of ticket sales. A few days later a very pleasant lady phoned the house to talk about our choices. First she asked if I would be more comfortable speaking English then explained that the available seats for two of the performances I had requested weren't exactly the best and we discussed alternates. So different from the often take-it-or-leave-it attitude at a few other places I could name. That being said we get to see the highly-praised American mezzo Kate Aldrich and Rossini tenor par excellence Juan Diego Florez in Zelmira plus my favorite Rossini opera Le Conte Ory plus the charms of Pesaro and plus the incredible seafood. Plus we're planning a side trip to Rimini - just because its there!

And those are just the planned events as of today. Who knows what else is going to come up in the next month or so.

NewMe: Believe me its this sort of thing that keeps me sane as I deal with the insanity of daily life in Roma.


YDG: I think I would have as much fun at Westfest, only of a different kind.