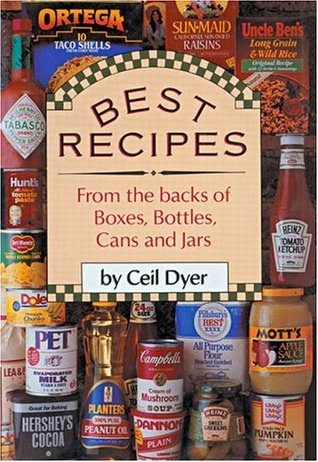 I will admit that at one time I had this this little gem in my collection of cookbooks.  I honestly don't recall if I ever use any of the recipes in it but I know it did disappear on to the table at some charity book sale more than a decade ago.  As I recall I purchased it more as a remind of the way things use to be than the way I intended things to be.  Now when I say "the way things use to be" I don't mean in my mother's kitchen.  Her's was a fairly rigid English meat, boiled potatoes, over-boiled veg menu.  Exotic was using mustard when making a grilled cheesed sandwich.  Canned soup was made for eating as soup not as some sort of sauce, peanut butter was for toast and jello was cubed and served as desert. And miniature marshmallows?  they were not to be seen in Isabella's kitchen.

However that does not mean I escaped the delightful dishes which "will astound your guests" and that could be made from Kraft miniature marshmallows, velveeta cheese, peanut butter or jello.  There was never a church supper or pot luck that did not include some culinary treasure that Bruce Marsh had introduced us to on the commercial break of the Kraft Music Hall or between periods of Saturday Night Hockey.

The other day I was reminded of those church suppers and pot-lucks when a FB friend posted a truly frightening recipe from the 1950s involving frozen waffles, ham, mushroom soup and probably, I really couldn't bring myself to finish reading it, miniature marshmallows.  And it also brought to mind a William Bolcom song that my friend Ron use to quote when we'd plan pot-lucks in later years.  Unfortunately I couldn't find a really good video of that Boclom-artist par excellence Joan Morris however this version by the lovely lady at Velveteen Lounge Kitsch-en gives us both the aural and visual delights of Lime Jell-O Marshmallow Cottage Cheese Surprise.

And just to tease and tantalize your palate I thought I'd include these two pictures to show you young folk what you missed by not living in those heady days of the 50s, 60s and 70s. 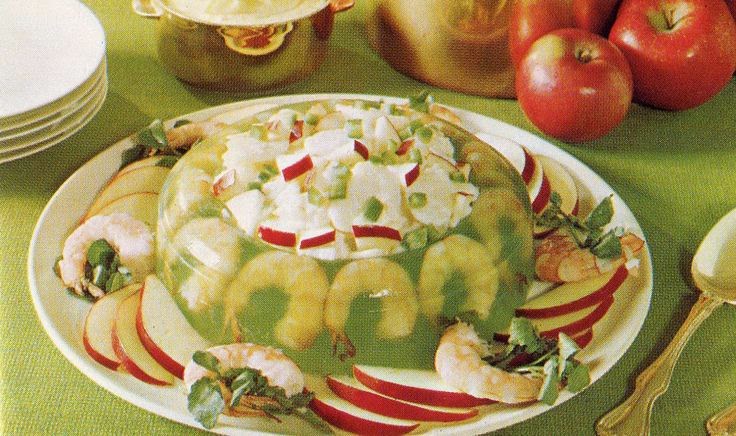 October 20 - 1943: The cargo vessel Sinfra is attacked by Allied aircraft at Souda Bay, Crete, and sunk. 2,098 Italian prisoners of war drown with it.

I love collecting old cookbooks from church lady groups. These say a lot about the times and what was important. The recipes are more or less the same; and all of them seem plain and unpalatable by today's tastes.