Back in the days when the pound was worth less than the dollar and my trips to London were frequent I saw all manner of theatre, opera and concerts.  Hotels were inexpensive, tickets were cheap and the stars were out in full force.   Olivier in The Merchant of Venice one night, Maggie Smith in Hedda Gabler directed by Ingmar Bergman the next; Jon Vickers in Otello on Thursday, Lynn Seymour and Mikhail Baryshnikov in Romeo and Juliet on Friday.  And the concert scene was just as varied and I even recall one concert that was declared open by Queen Victoria; or at least Annette Crosbie, who had just appeared in a BBC series of that name, in the guise of that revered majesty.   It was followed by the normal tomfoolery of any Hoffnung concert.  In the tradition that had been set by Gerald Hoffnung himself the mickey was taken out of classical music by some of the well-known musicians of the day.  I only wish I had kept the programme.  I was to see another Hoffnung concert several years later when the Kingston Symphony teamed up with the Master's widow to produce a riotous afternoon of classical buffoonery. 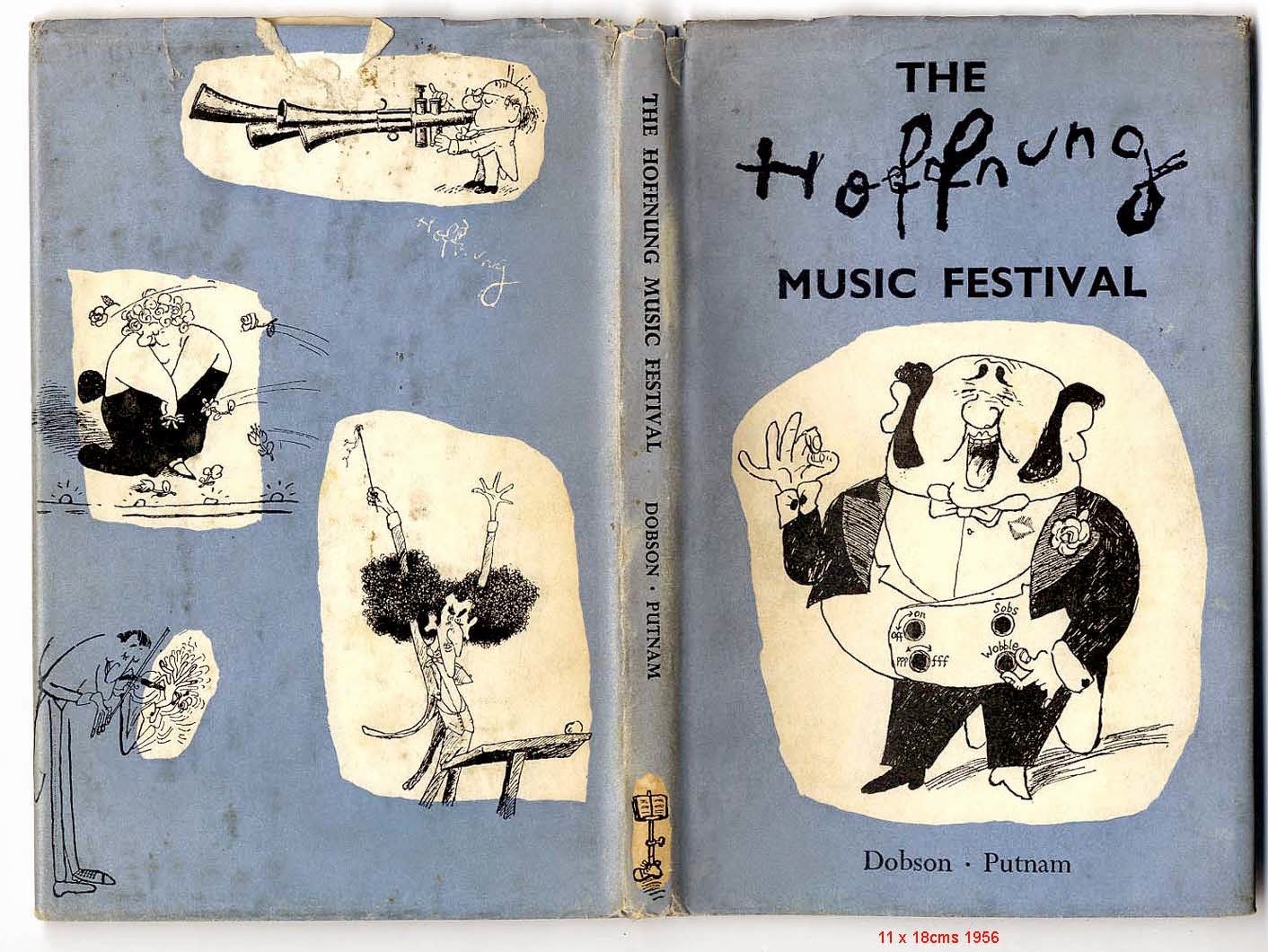 I've always enjoyed both Hoffnung's cartoon books and the recordings make of the three Interplanetary Festivals in the 1950s-60s.  I wasn't aware of the series of cartoons that had been created by John Halas and his wife, Joy Batchelor based on Gerald Hoffnung's work.


And a left click on the Hoffnung right-hand drive organist will take you the official Hoffnung site:

October 6 - 1945: Billy Sianis and his pet billy goat are ejected from Wrigley Field during Game 4 of the 1945 World Series.

You evoke such memories in me of London. I remember attending Albert Hall for an evening of Mahler Lieder, it cost maybe 12 pounds sterling. Later on to the Garden (Richard Branson's illustrious nightclub back in the late 80's.
It all seemed so accessible to a young yet cheek of tan twenty something. The next morning commuting with a bonafide Londoner through King's Cross into Town (the financial district) and then leisurely on foot to my llttle boutique hotel in Sloane Square.